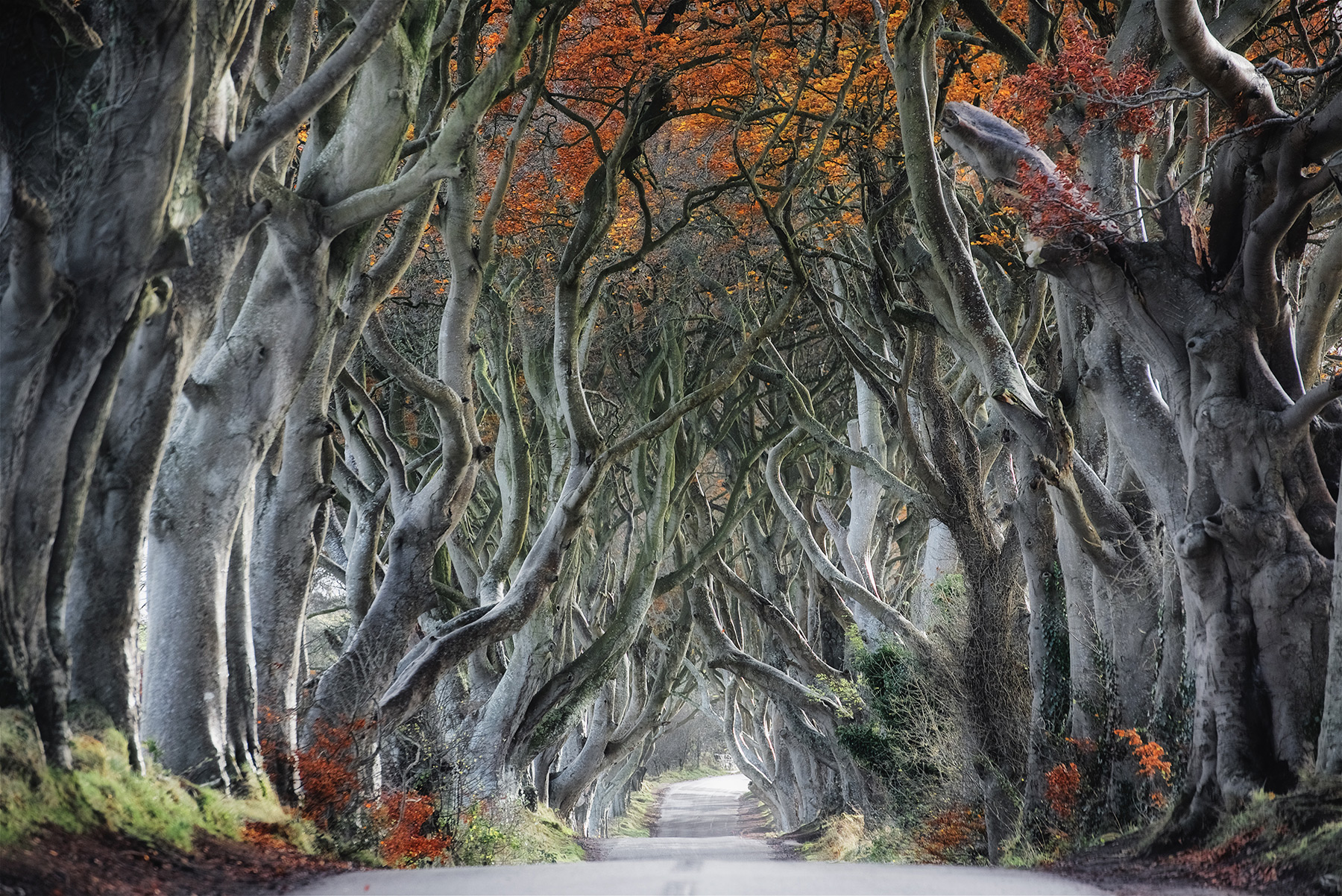 Far around there spreads a waste of bleak and totally inhospitable country; where, here and there at great intervals, one may come upon the ruins of some long desolate cottage—unthatched and stark. The whole land is bare and unpeopled, the very earth scarcely covering the rock that lies beneath it, and with which the country abounds, in places rising out of the soil in wave-shaped ridges.

I have said that the river is without name; I may add that no map that I have hitherto consulted has shown either village or stream. They seem to have entirely escaped observation: indeed, they might never exist for all that the average guide tells one. Possibly this can be partly accounted for by the fact that the nearest railway station (Ardrahan) is some forty miles distant. It was early one warm evening when my friend and I arrived in Kraighten. We had reached Ardrahan the previous night, sleeping there in rooms hired at the village post office, and leaving in good time on the following morning, clinging insecurely to one of the typical jaunting cars.

"Yet, in spite of its desolation, my friend Tonnison and I had elected to spend our vacation there. He had stumbled on the place by mere chance the year previously, during the course of a long walking tour."

It had taken us all day to accomplish our journey over some of the roughest tracks imaginable, with the result that we were thoroughly tired and somewhat bad tempered. However, the tent had to be erected and our goods stowed away before we could think of food or rest. And so we set to work, with the aid of our driver, and soon had the tent up upon a small patch of ground just outside the little village, and quite near to the river.

Then, having stored all our belongings, we dismissed the driver, as he had to make his way back as speedily as possible, and told him to come across to us at the end of a fortnight. We had brought sufficient provisions to last us for that space of time, and water we could get from the stream. Fuel we did not need, as we had included a small oil-stove among our outfit, and the weather was fine and warm.

It was Tonnison's idea to camp out instead of getting lodgings in one of the cottages. As he put it, there was no joke in sleeping in a room with a numerous family of healthy Irish in one corner and the pigsty in the other, while overhead a ragged colony of roosting fowls distributed their blessings impartially, and the whole place so full of peat smoke that it made a fellow sneeze his head off just to put it inside the doorway.

Tonnison had got the stove lit now and was busy cutting slices of bacon into the frying pan; so I took the kettle and walked down to the river for water. On the way, I had to pass close to a little group of the village people, who eyed me curiously, but not in any unfriendly manner, though none of them ventured a word.

As I returned with my kettle filled, I went up to them and, after a friendly nod, to which they replied in like manner, I asked them casually about the fishing; but, instead of answering, they just shook their heads silently, and stared at me. I repeated the question, addressing more particularly a great, gaunt fellow at my elbow; yet again I received no answer. Then the man turned to a comrade and said something rapidly in a language that I did not understand; and, at once, the whole crowd of them fell to jabbering in what, after a few moments, I guessed to be pure Irish. At the same time they cast many glances in my direction. For a minute, perhaps, they spoke among themselves thus; then the man I had addressed faced 'round at me and said something. By the expression of his face I guessed that he, in turn, was questioning me; but now I had to shake my head, and indicate that I did not comprehend what it was they wanted to know; and so we stood looking at one another, until I heard Tonnison calling to me to hurry up with the kettle. Then, with a smile and a nod, I left them, and all in the little crowd smiled and nodded in return, though their faces still betrayed their puzzlement.

It was evident, I reflected as I went toward the tent, that the inhabitants of these few huts in the wilderness did not know a word of English; and when I told Tonnison, he remarked that he was aware of the fact, and, more, that it was not at all uncommon in that part of the country, where the people often lived and died in their isolated hamlets without ever coming in contact with the outside world.

"I wish we had got the driver to interpret for us before he left," I remarked, as we sat down to our meal. "It seems so strange for the people of this place not even to know what we've come for."

Tonnison grunted an assent, and thereafter was silent for a while.

Later, having satisfied our appetites somewhat, we began to talk, laying our plans for the morrow; then, after a smoke, we closed the flap of the tent, and prepared to turn in.

"I suppose there's no chance of those fellows outside taking anything?" I asked, as we rolled ourselves in our blankets.

Tonnison said that he did not think so, at least while we were about; and, as he went on to explain, we could lock up everything, except the tent, in the big chest that we had brought to hold our provisions. I agreed to this, and soon we were both asleep.